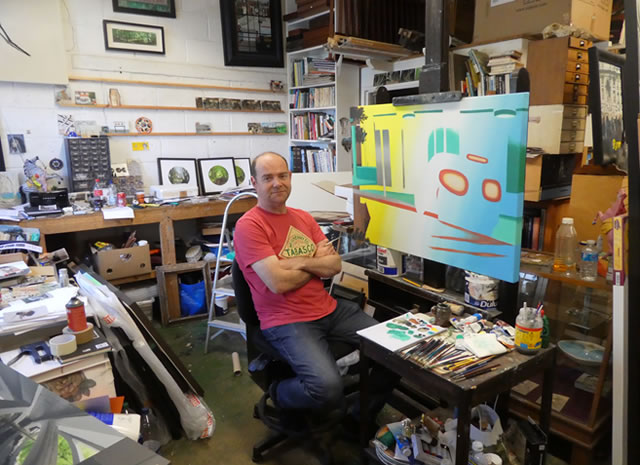 A Lincoln Taber in his East Sussex studio

The Russell Gallery has been established in Putney for 17 years. We chose to have our gallery there for many reasons one being our family has lived there for several generations.

We are one of the few galleries left that offer one person shows to artists. We plan the Solo shows two years in advance and work on this basis. We have about 10 Solo shows and two mixed shows each year.

The Mixed Summer and Winter shows give young and new artists an opportunity to exhibit with us alongside our established ones. We have an eclectic, rotating show that is often compared to the Royal Academy Summer show. Prices start at £350.

This is A Lincoln Taber's third show at The Russell Gallery, Putney. He studied at City and Guilds of London Art School and won Decorative Arts Prize Winner 1992, The Creating Reality Prize RBA 2005 and Prix de Rome 2006, Royal Society of British Artists.

These paintings of landscape and still life are a response to his walks in both urban and rural environments.

All the paintings are for sale and images of paintings in their frames can be emailed. Or put in the window of the gallery for viewing.

The A Lincoln Taber Exhibition closes 31st May